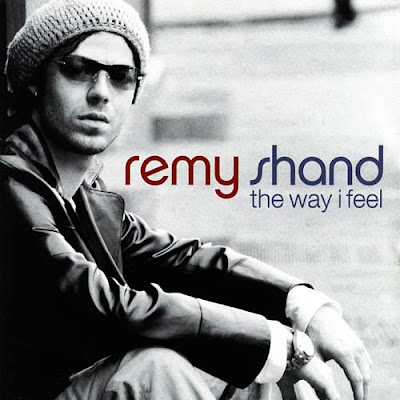 Shand began recording and mixing his debut album, The Way I Feel during the spring of 2001 at his home in Winnipeg. The album features songs such as "The Colour of the Day" and "I Met Your Mercy", examples of his particular style. Shand was quoted as saying the track "Everlasting" was the blueprint towards the content of The Way I Feel, as it was the oldest track on the album, recorded in 1998.
The Way I Feel was released on March 12, 2002, and Shand won a Juno Award for Best R&B/Soul Recording at the 2003 Juno Awards. The album was successful in Canada and sold roughly 500,000 copies in the United States. Shand received four Grammy nominations for his work.
In October 2003, Shand's official website stated that he was working on his second album, to be called Day In The Shade. The album has yet to be released, and since then, there has been no public information regarding Shand's whereabouts or recording projects. As of December 7, 2007, Shand's official website domain (www.remyshand.ca) had not been renewed by his record label.
01. The Way I Feel
02. Burning Bridges
03. Everlasting
04. The Second One
05. The Colour Of Day
06. Take a Message
07. I Met Your Mercy
08. Rocksteady
09. Liberate
10. Looking Back On Vanity
11. The Mind's Eye
Link:Download
Posted by P.Stoychev at 12/07/2008 10:50:00 пр.об.