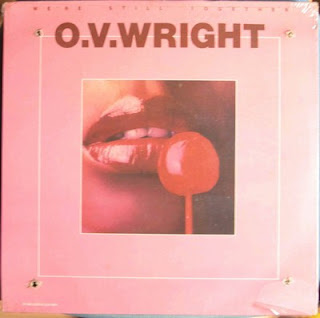 This is what is rightly called “Soul”. Soul with considerable feeling backing it up. Original Soul from the time that when given the label “Soul” meant that it was proud and unquestionably justifiable.
This is the music that you listen to when you are alone. When the highs of the day have already passed you by and now you are somewhat vulnerable. Relaxing with something other than watered down beer. This is when the meaning in the lyrics are so compelling, that you readily identify with them and find your mood is brought in line with the music – and not the other way around as we’re all so used to.
01. We're Still Together
02. I Found Peace
03. It's Cold Without Your Love
04. Baby Baby Baby
05. I'm Gonna Stay
06. The Hurt Is On
07. Today I Sing The Blues
08. Mirror Of My Soul
09. Sacrifice
Link:Download
Posted by P.Stoychev at 1/03/2008 03:44:00 пр.об. Няма коментари: 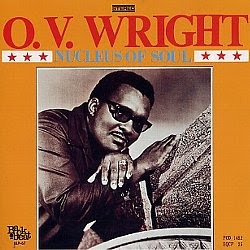 O.V. Wright - "Nucleus Of Soul "
1968
Producer: Willie Mitchell
There were two distinct periods in Wright's 15-year secular career, delineated by the demise of his first record label, Back Beat, which had been owned and operated by the don of Houston rhythm and blues, Don Robey. Midway in his career, Wright migrated to Hi Records, where his longtime producer Willie Mitchell was the principal talent director. Few artists in any medium exhibit so huge a gap between artistic quality and commercial success as O.V. Wright. Wright's two most successful records, "You're Gonna Make Me Cry" and "Eight Men, Four Women," came early in his career at Back Beat, and neither recording received any airplay outside the circumscribed world of 1960s R&B radio. In fact, R&B radio in the late 1960s, the heyday of southern gospel-inflected soul music, is the only radio format during the years spanned by Wright's career in which it is possible to imagine Wright's chilling statements from the spiritual void finding a home. Wright is an artist whose reputation is destined to grow with the historical perspective afforded by time.
01. Blowing In The Wind
02. Gonna Forget About You
03. I Have None
04. You're So Good To Me
05. Why Not Give Me a Chance
06. Pledging My Love
07. This Hurt Is Real
08. I'll Hate Myself Tomorrow
09. I'll Take Care Of You
10. I Want Everyone To Know
11. Poor Boy
12. I'm In Your Corner
13. Gone For Good
14. How Long Baby
Link:Download
Posted by P.Stoychev at 1/03/2008 03:06:00 пр.об. Няма коментари: