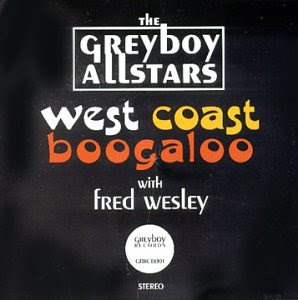 Hi and thanks for the post. I'm really looking forward to checking this album out! I thought I'd let you know that the Gboys did recently release another album called "What Happened to Television" just last year. It's available here: http://www.amazon.com/What-Happened-Television-Greyboy-Allstars/dp/B000O590C0/ref=sr_1_1?ie=UTF8&s=music&qid=1231184327&sr=1-1

some fantastic grooves on this debut album
highly recommended!!!

-- but also - could YA please re-up one of your earlier posts,Home Brew by Arthur Adams? I just can't find it anywhere in the net however hard I try... --

oh, sorry - just noticed I fucked it up a bit, i meant could you PLEASE... not could YOU... just to be more precise&polite

indeed, Adams' Home Brew is a rare album, can't even find it on eBay. I've only got his It's Private Tonight, 1972, I could upload it somewhere in the case you may be interested?

I really dig keyboardist Robert Walter's solo material, so I'm looking forward to this one.

Thanks for sharing brutha!

Thanks for this album! I'd been searching for it for a while.
Greetings from Argentina...