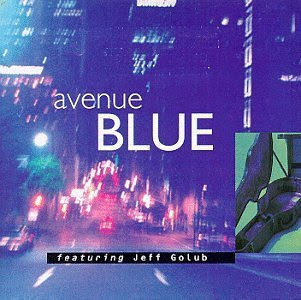 In the '90s, guitarist Jeff Golub's blend of jazz, R&B, and pop earned him a reputation for being one of the edgier, more tasteful players in the crossover jazz/NAC/smooth jazz field. Although some of Golub's recordings were played on smooth jazz stations extensively, he was quoted as saying that he refuses to play outright elevator music, and to be sure, Golub's solos give the impression that he is essentially a soul-jazz improviser at heart. The Ohio native (whose influences have included Wes Montgomery, George Benson, Lee Ritenour, and Larry Carlton, among others) is quite capable of playing straight-ahead bop; he certainly has the chops for it. However, Golub chose to focus on more commercial music and has a long résumé as a rock, pop, and R&B session player. He appreciates being compared to artists like David Sanborn, the Crusaders, Ronnie Laws, Joe Sample, and the late Grover Washington, Jr., that is, instrumentalists who can be commercial and groove-oriented but still have a jazz improviser's mentality.