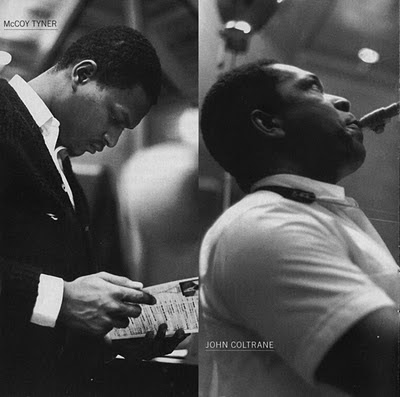 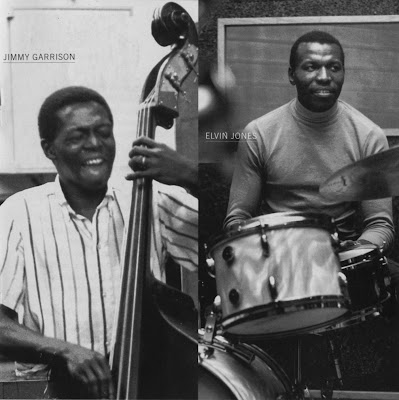 An excellent set of tracks that was recorded by Coltrane in 1965, but not released until after his death, when Impulse were going through the vaults, and pulling out some amazing work that ranked with his best official releases of the time.
Other than First Meditations, which was not released at the time, Sun Ship was the final studio album by John Coltrane's classic quartet before Pharoah Sanders joined the band on second tenor. At this point in time, Coltrane was using very short repetitive themes as jumping-off points for explosive improvisations, often centered around one chord and a very specific spiritual mood. Tyner sounds a bit conservative in comparison, but Jones keeps up with Trane's fire (especially on "Amen"). Even in the most intense sections (and much of this music is atonal), there is a logic and thoughtfulness about Coltrane's playing.

thanks for the bloggin' the Jazzz!!